This conundrum faced us this evening, in the depths of the AU TZ and without strong representation online. Pings went out over Discord to get as many able hands on deck as possible whilst we speculated just how we might contend with this high DPS blob of Faction Battleships. A little research showed that this particular multi boxer had fallen foul of raiders before, but judging by the Dreadnaughts on the battle report, that raiding party wasn't faced with the problem we are. It was speculated that kiting Beam Laser Confessors with Logistics support would do the job but the numbers online meant we were unlikely to out perform their remote repair abilities. Sure, we could throw in a couple of Kitsune's and jam out the Nestors, but that's two pilots that aren't in a Deacon or a Confessor to provide the fatal blow.

In the end we settled on a bombing run. We would warp in a Sabre at zero that would be very unlikely to get out alive and fire two salvos of bombs from the nine Stealth Bombers we could muster for the assault. Any more than eight bombers at once and the bombs are rendered ineffective, so one squad of seven and another of two would make their runs about seven seconds apart. Once the bombs were fired all bombers would align out to a celestial of their choosing and continue firing torpedoes at the predetermined target. In this case we decided that a Rattlesnake kill was positively ghetto, so we picked out a Nestor to be the centre of our attention. With the plan laid out we moved into position and ordered the Sabre through to his inevitable demise. 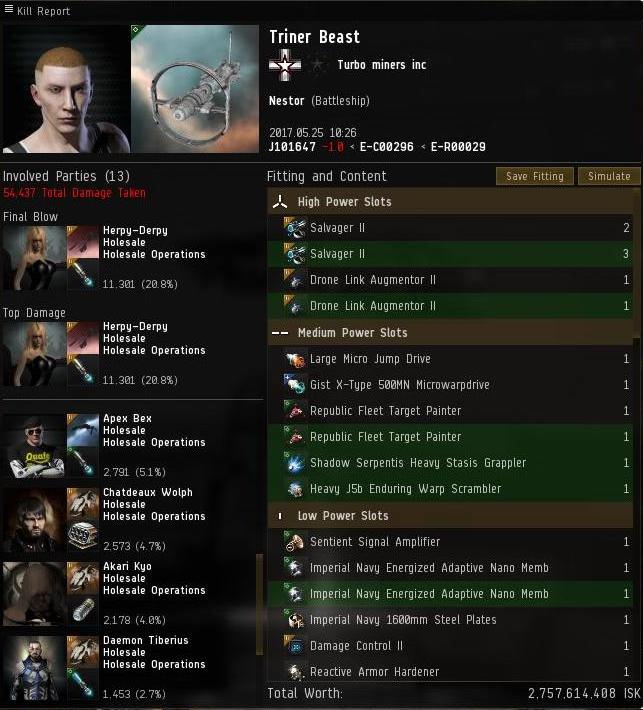 The bombers jumped through  moments after the Sabre and initiated warp to their bombing bookmark as the Sabre was landing among the Battleships. Now alerted, the target quickly engaged the sacrificial tackle and dispatched him as the bombers were uncloaking and dropping their bombs. I aligned also, uncloaked and locked my target, painting the Nestor and releasing my torpedoes but holding fire on the bomb launcher as I slowly counted to seven. Bombs away! I immediately aligned out as the first wave of bombs exploded, sending our target Nestor into about 40% armour. The last two bombs hit and our nine bombers stayed on grid as long as they weren't yellow boxed. I was, unfortunately, high on the target list and was quickly in low armour, forcing me off the field after only two or three volleys, but enough of our pilots were able to remain on grid to finish the Nestor and make their escape without loss.

The bubble expired and the fleet warped off, in their haste leaving eleven Geckos floating in the void. As luck would have it, we had targeted the pilot that was salvaging and storing all of the blue loot too, turning what may have been a 1.5 Billion ISK loss into about 3.7 Billion according to zKillboard. All told, we got away with around 1.4 Billion ISK in loot & Geckos for the loss of a Sabre, a satisfactory trade I think you'll agree. ;)