In the Service of Bob

After a well deserved vacation from the ministry I have returned to the service of Bob. Eager to try something new but still purge Anoikis of heretics, I have turned my hand to mercenary work. Fortunately, such responsibility provides ample time between contracts to purge the void of non-believers and an exceptional example presented itself, by the grace of Bob, to my fellow Blood Priests and I.

Bob the great provider had connected our chain to a NullSec region when a Viator was noticed transiting the void from NullSec to HiSec regions. It was noted that no prayer was spoken or Altar deployed and such transgressions cannot and will not be ignored. Dutifully, two Holy Instruments were on hand to punish the offender so he may know His Divine Wrath.

This would usually be the end of it, but this particular heretic would simply not accept his fate with honour. He chose instead to seek revenge upon Bob's hand, engaging the aforementioned priests with a Proteus and another filthy atheist in a Raven. Even with Bob on their side our devout believers could not sustain the withering barrage and calls for empirical evidence of His Divine Will so the call was made for a more sustained and pointed intervention.

The valourous Clergymen of Holesale, myself included, soon arrived at their position and forced them back into NullSec space. But escape would not be their fate and the brotherhood followed them through, unleashing a barrage of faith-fuelled vengeance upon them. They were soon dispatched from their blasphemous vessels and the prayer was recited so that all may know His scope.

Our work was not yet complete, however. Only moments later it became clear that these sinners were blind to even the clearest message bringing a Phoenix  class Dreadnaught and Nidhoggur class Carrier to the field of battle. These fools will now learn that servants of Bob are not so easily deterred. 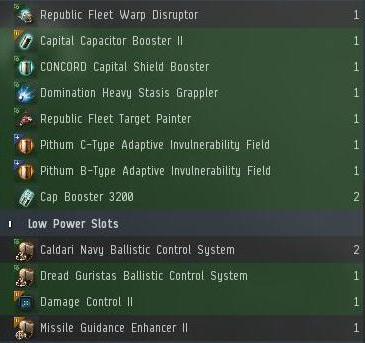 Appropriate reinforcements came as we lectured the heathens on the foolishness of their ways and when their capacitors were bled as dry as their vapid souls, their vaunted Capital vessels suffered the same fate as their previous attempts to resist His Holy Word. As if this alone is not proof enough of Bob's good grace, one need only see the rewards left for his ministry when the Dreadnaught succumbed. What began as a routine interdiction of a lonely trucker became so much more, praise be unto Him.