Dusting off the Cobwebs

It's only been a few days but much, I have learned. With Night Fever back up and going again I purposefully set out to find a sacrifice for Bob and Bob delivered, as He always does, granting me passage to Anoikis and, shortly thereafter, a ritual blood sacrifice was made, in His honour. 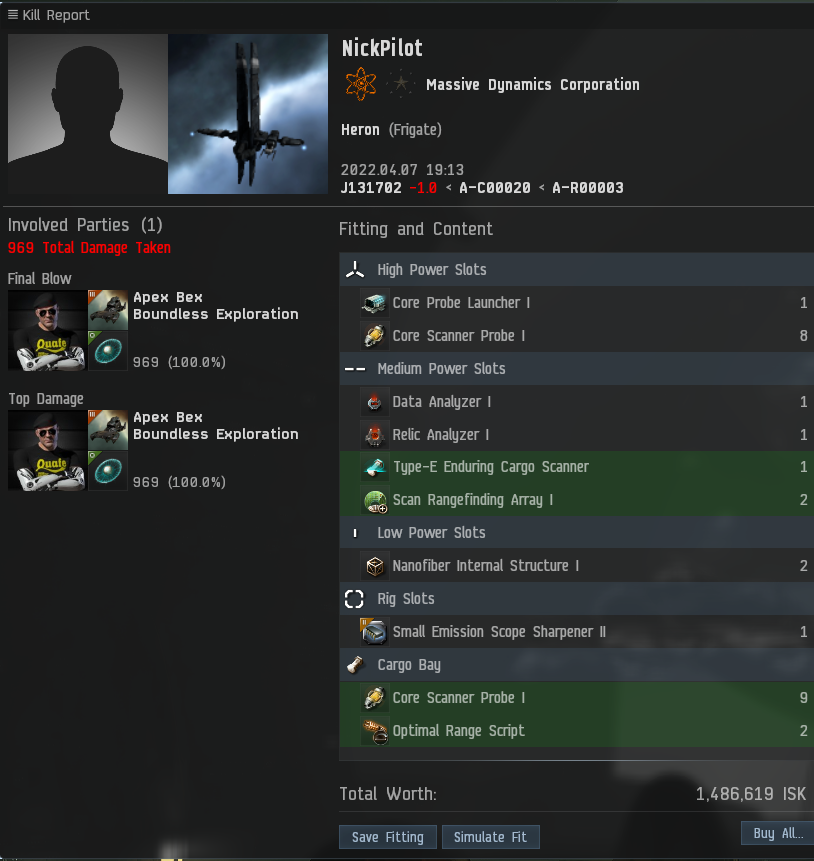 Now, this hapless soul was none too pleased to be blessed by Bob's Holy Fire, and I'll freely admit it's not the Faction fit Astero I had been hoping for, but you don't resume full training after taking five seasons off, you do a solid pre-season and get your match fitness to an acceptable standard before running headlong into conflict. So NickPilot served his purpose, Bob was pleased and I was back where I belong.
It soon dawned on me however that the plight of the AU TZ player in Anoikis is unchanged. Finding fleet mates is a constant challenge and content opportunities, with no one to scout but yourself, can be hard to come by. To the forums I went and very soon found a likely home in Exit Strategy. By NA standards, they're very active in the AU TZ and, I could be wrong about this - it's been a while, but I seem to remember forming fleets with them when I was in Holesale all those years ago; and I don't recall it being a bad experience, by any means. But more on that later.

My passive income has always come from PI. Whilst PI is nightmarish to set up, once you have it set up right it's pretty low maintenance and generates solid income for someone who is otherwise too lazy to do it by other means. When I left Eve 5 years ago I sold my C1 Wormhole system, POCO's and all, so I would have to find a new place to set up shop. 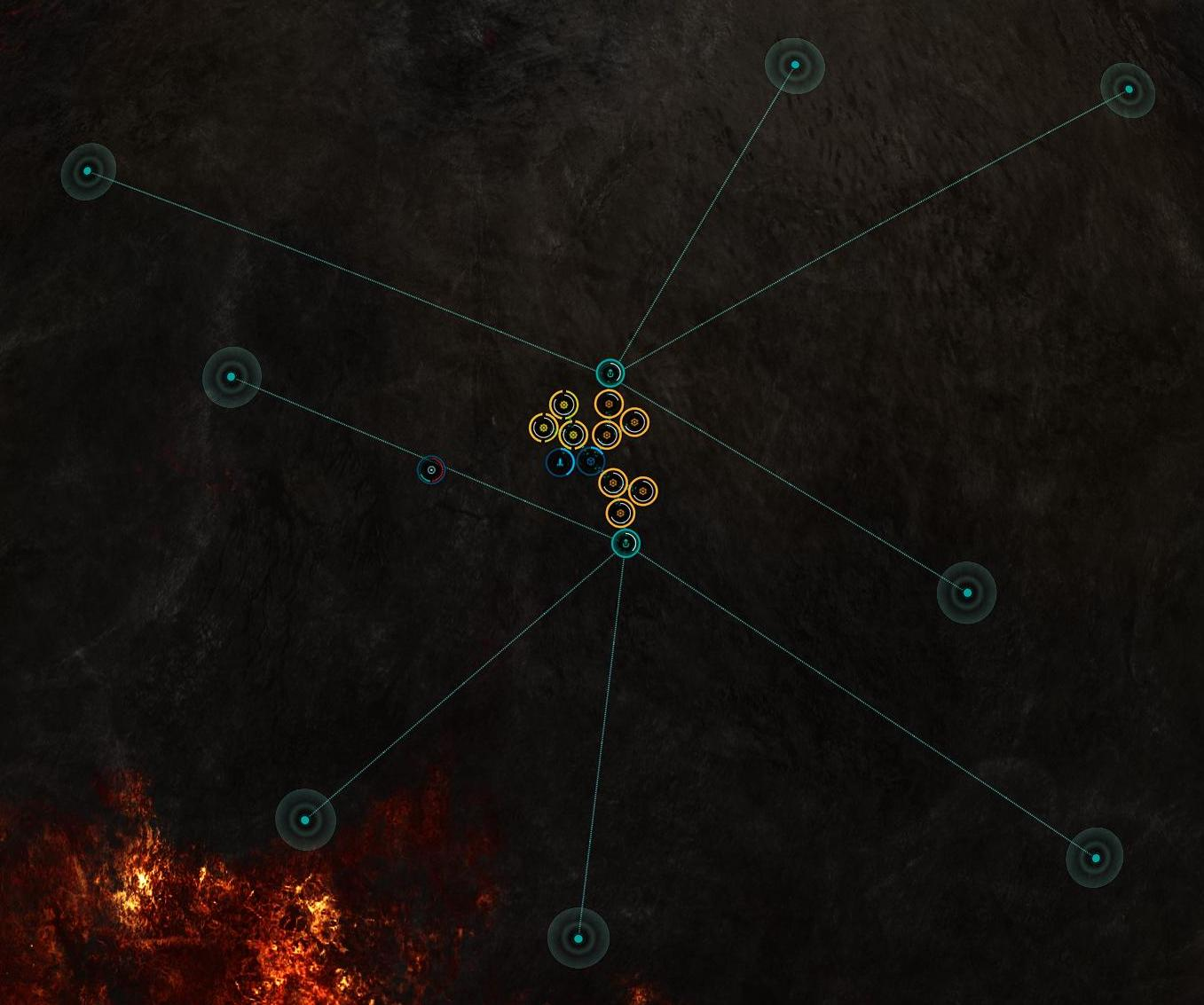 Upon that realisation I started checking my various characters and alt's assets so I could generate some liquid ISK when I noticed that I had a very well implanted boosting clone in a C1 somewhere. Initially not realising it was my old PI farm, I reached out to the owner of the Astrahaus who kindly gave me the HiSec system to enter so I could retrieve my clone. It was a bit of a trip but I made the journey, scanned my way in and warped to the Astrahaus that was still named BEX. 'Oh. This is my old system.' Rather than go to the trouble of finding an empty C1 and then having to spend billions on infrastructure I again reached out to the owner of the Astrahaus to ask for +5 standings and a friendly tax rate on the POCOs to which he was most obliging. It was he that I'd sold the system to 5 years ago and we were both only just coming to that realisation. The next day I scanned the new HiSec and to my utter astonishment, it was the home system for all of my characters. I'm not sure what those odds are, but they're slim. The conspiracy theorist may suspect CCP did that on purpose, just sink that hook in a little deeper, but I of course took full advantage. But that's not where the surprises ended. It turns out that when I moved out of system I never bothered to pull down my PI infrastructure from the planets. Thirty one manufacturing areas all completely in tact and just waiting to be reactivated! I could not believe my luck; I had resigned myself to wasting many hours over the Easter break setting it up and I was instantly relieved of that. It's not called Good Friday for nothing!

Anyway, back to Exit Strategy. This is a group that seems very organised, and I appreciate the effort that goes into herding cats. I had my first fleet with them today, an Athanor that was coming out of reinforcement, so I made haste for the target system in a Manticore as I'm still getting my shit together for the move to the home system. It was a defenceless target, but I don't mind a good structure bash, and bash it we did, I even managed to land the final shot and snare the Kill Mail. Importantly however, just in this one, short fleet I learned a great deal about the changes to Alliance Bookmarks, something we in J-Space have sorely needed; I also learned it's no longer just a short 11 jump trip of HiSec space from Jita to Amarr, a LowSec system full of smart bombing Gnosis pilots now make that chain particularly hazardous for lightly covered ships, and I also noticed that fleet chat was utterly absent of spam, something that always bothered me in Holesale. Relevant info would be scrolled away so often because of chat spam. No better way to end your first fleet engagement with a new Corporation than getting on the end of a one billion ISK kill, even if it was just clubbing a seal. I see good things in the future with this group.

I learned another lesson, one that will take some time to come to terms with. Triglavian ships appear to be meta. As someone with virtually no skills in these ships or their gunnery, this is my highest priority. 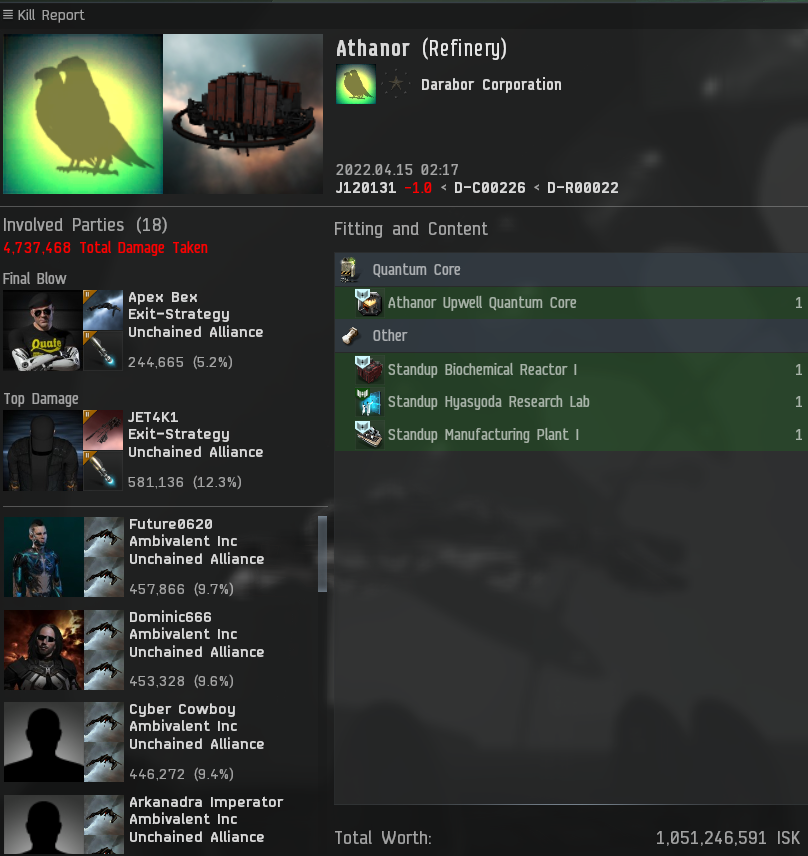 So first I shall train the ships, as that's how my characters traits are mapped right now, then it'll be time for an attribute switch before training the gunnery skills. That's before we even talk about EDENCOM ships... wtf are they?