Come out and Play

Holesale Operations don't have many blues, but those they do have are cherished allies. So when a hostile force set up to evict one of them, you can bet Holesale will form up to defend their home like it's their own. Ch3ss have long been close allies, always keen for a fight, so when a combined force from Ember Sands, Temporary Insanity and Scary Wormhole People threatened their home, we answered the call.

The initial assault went poorly for the defenders, losing some Capitals along with a large chunk of their and our SubCap fleet. Unfortunately it was a fight I missed due to work commitments, but I made sure to be on today to engage the hostile Astrahus and the inevitable defence fleet that would accompany it. I made my way to the target system overnight with a Guardian and a Scout Tengu, I almost never combat dual box, checked timers and called it a night, ready for what would follow in the morning. 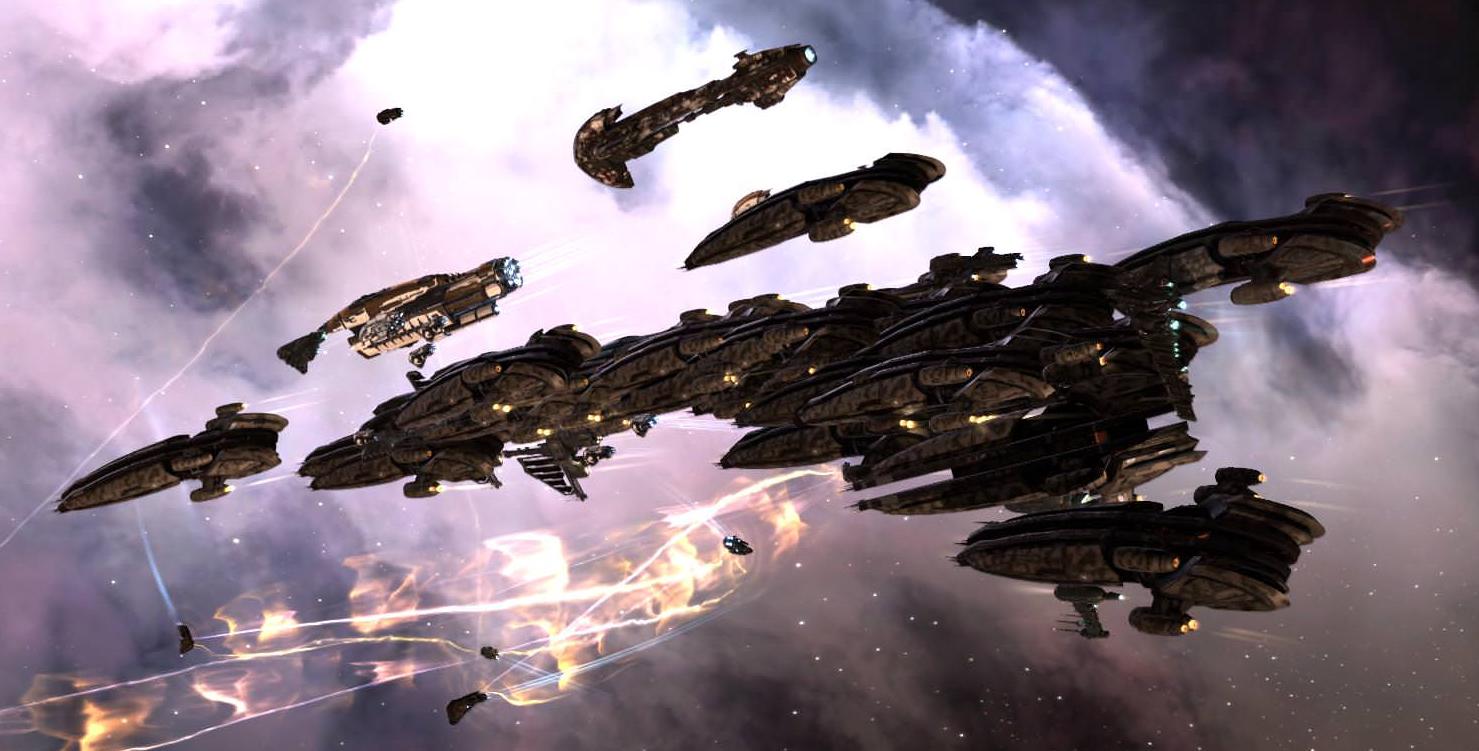 Logging in several hours before the timer we spent our time bringing the fleet together, rolling connections for a favourable one whilst coordinating with our friends. Maintaining strict hole control was our top priority, we couldn't have the significant Sleipnir/Hurricane/Scimitar fleet that had logged off in system getting in additional reinforcements, especially since they had so convincingly bested us the day before. The Wormhole PvP channel was alive with talk about us, so it was fair to assume they were trying to bring in some back up and, having spent some time in that channel, I know they have no shortage of willing Bomber pilots on hand, a doctrine that would oppose ours very efficiently. Our weapon of choice being artillery Machariels backed up with Guardian logistic support and a variety of sensor damping eWar. It was hoped that the extra buffer provided by the armour tanked battleships could give our logistics ships a better opportunity to land repairs and the high alpha damage deem their logistics irrelevant. Keeping a very tight formation to counter the effectiveness of a Command Destroyer trying to "boosh" us off grid would make us a delicious target for a bombing run.

Leading up to the timer the enemy were scarcely spotted. Their fleet remained logged off at a safe and my Scout Tengu had the dubious task of reporting their log in as we had managed to scan it before they were off grid. I had no idea how close to their location my bookmark was and burning off in any particular direction could end up disasterous so I just punted on the fact that whoever made the bookmark had some labelled it correctly as a scout position and I wasn't at zero.

Two minutes before the Astrahus was vulnerable the enemy fleet logged on. I suddenly found my Tengu in close proximity to Sleipnirs, Hurricanes and Scimitars, exiting warp all around me. I held my nerve as as Sabre passed within ten clicks, most of the remainder of the fleet were over sixty away. I called the intel and we waited in our position, 25 kilometres off of their Astrahus, inviting them to engage us.

My PvP Logistics experience is limited but I focused hard on my broadcast list and reiterated time and again to call for armour if yellow boxed, the high alpha may be too much for even our brick Machariels. As the enemy fleet landed, primaries were called, drones were sent to the Astrahus and our Fleet Commander was quickly calling targets. The first thing I noticed.... SO. MUCH. ALPHA. Despite calling for early broadcasts they didn't always come, often locking up friendlies in low armour. By the time our repairs were landing they were gone and podding their way home. That happened more times than I cared for but for the most part we held the field. Which is the frustrating part of flying logistics, you really have no clue how the battle is going. As it turns out, it was going well. We held our ground, drove off the aggressing fleet and destroyed the hostile Citadel. The Ch3ss home was saved; for now at least.


Post battle there was some talk that Ch3ss were targeted to draw out Holesale. I don't know how much of that is bullshit, may be it's true, maybe it isn't, but all in all it was a damn good fight that gave me new respect for our logistics wing.
Posted by Bex at 11:59 PM